PMA long course is the regular commission, offered by Pakistan Army.  The previous PMA Long course was 150 and the next course will be 152. PMA long course announced twice a year. Once in the March and second time in the month of October. The March course is known as an even course and the October course is known as an odd course. To Join Pak Army through 151 PMA Long Course you should have minimum inter/DEA/O level qualifications to apply in PMA L/C. 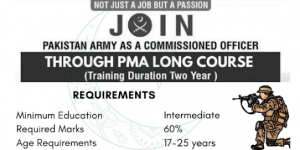 The training duration of PMA LC 151 is two years at Pakistan Military Academy. These two years are divided into six terms. PMA 151 cadets study BMAS (Bachelor of Military Art and Science) during their training period.  After training cadets are awarded by the rank of second lieutenant.

If you want to become engineer in Pak Army than you should apply in Technical Cadet course in which  candidates can apply after FSC Pre engineering & ICS. However, females can apply in Lady Cadet Course after 16 years of education.

The expected date for PMA long course 151 is October 3, 2022. The online registration will be started from 3 October 2022 to 6 November 2022. To apply online visit the official website of Join Pakistan Army.

Eligibility criteria to Join Pak Army through PMA long course is given as:

PMA long course 151 details are given below. You should qualify one eligibility requirement from one of these.

In order to apply online click the below link::

In intelligence test, number and character series, odd one out, comparison types of question appeared to check the problem-solving capabilities of a candidate.

These medical test are taken in PMA long course. Unfit candidates will be referred to the nearest CMH (Combined Military Hospital).

Candidates clearing written, Medical & Physical Test will be finally interviewed by S&ROs instead of Brigadier (by the formation) and Psychologist. Before interview every candidate will be required to write an essay of 10 lines in English and Urdu. Plain paper to be issued to candidates before interview for Eng and Urdu essay. Topic of the Day will be reflected on the board in exam hall /room. S&RO will write pointers of every candidate appearing in interview. Each candidate will be given marks out of 20. A candidate securing less than 12 marks will be considered failure and will not be given Inter Services Selection Board (ISSB) form.

The following guidelines are given for conduct of the interview:

Confidence and proper concentration are required to pass the initial interview. After clearing PMA initial interview, candidates have to submit their ISSB forms. After 2-3 months they are called ISSB test.

Army Selection and Recruitment Centers (AS&RCs) will fill in all required entries (Physical Test & Interview marks) in the module. Further nomination of candidates for Inter Services Selection Board (ISSB) will be done by Personal Administration Directorate through merit. Detailed medical examination of Inter Services Selection Board (ISSB) recommended candidates will be carried out at nearby Combined Military Hospitals. The final selection will be made at General Headquarters on the basis of the candidate’s performance. 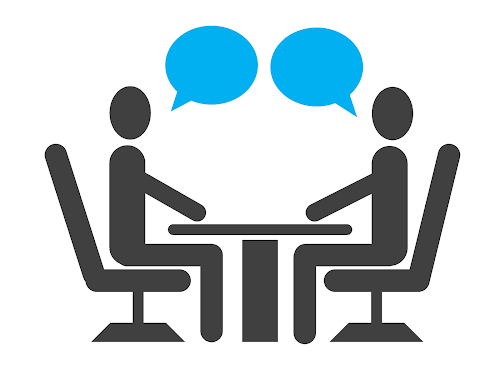 Both Groups are the Same ! Please Only Join One Group. Make some space for other people as well. If someone joined both group he will be removed from both whatsapp groups. Spammy links and advertisement are not allowed.